What is the aurora borealis?

The aurora borealis, also known as the northern lights, is a natural light display in the sky which mainly takes place around the Arctic (likewise, there are southern lights in the Antarctic). It is caused when charged particles emitted by the sun, which are usually blocked from entering Earth's atmosphere by the magnetic field, enter the atmosphere at the north and south poles, where they're not blocked. We see this phenomenon as colourful moving lights in the sky. Although they can happen at any time, they can only be seen at night when the sky's dark enough.

Where can you see the Northern Lights in Iceland?

The most important factor for seeing the aurora borealis is that the sky is clear and dark, so finding somewhere deep in the countryside, far from the light pollution of cities, will give you the best chance. However, it's also true that the closer you are to the Arctic Circle the more likely you are to witness this phenomenon, which is why the cities of Akureyri, Isafjordur and Húsavík are some of the best places to see the Northern Lights in Iceland.

Having said that, it is still possible to see the aurora borealis without straying to far from places like Reykjavik. If you're staying in the Icelandic capital, we've got several different activities allowing you to go in search of the natural phenomenon easily and comfortably with expert guides: check out our Northern Lights Tour and Northern Lights Cruise!

When is the best time to see the Northern Lights in Iceland?

The best time to see the Northern Lights in Iceland is officially from September to April. Within this wide date range, however, there will be more and less favourable days depending on the weather and hours of sunlight.

The shorter days in December, January and February when there are up to twenty hours of night are ideal for seeing the Northern Lights. A useful tool to find out if it's worth waiting up to see the aurora borealis is the official website if the Icelandic Met Office. 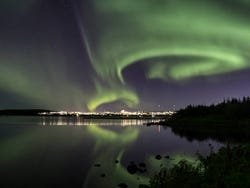 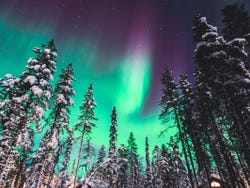 Aurora borealis above the forests of Iceland 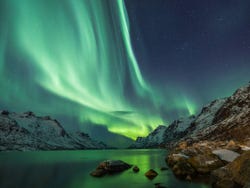 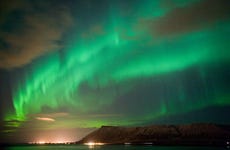 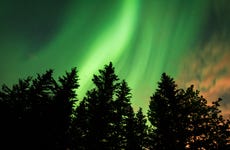 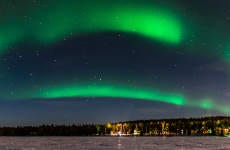 No rating yet
US$ 97.80
show all the activities