Borgarfjordur Eystri is a small village in the east of Iceland with only around 100 inhabitants. This tiny settlement is reached by long, winding gravel roads and offers spectacular views of mountains, fjords and the Atlantic Ocean.

The main attraction of Borgarfjordur Eystri is another five kilometres or so outside of the village itself: a short drive will bring you to Hafnarhólmi, one of Iceland's main puffin reserves.

The tiny islet known as Hafnarhólmi is one of the best places to enjoy puffin watching in Iceland. A large puffin colony - and many other species of sea bird like kittiwakes, fulmars and common eiders - choose to inhabit the rock and can be seen quite easily from close up.

Hafnarhólmi has a puffin watching hide, from which the birds can be seen comfortably without disturbing their natural habitat. This hut is ideal for unpleasant rainy days, as you can enjoy birdwatching under a shelter, however they can also usually be spotted outside without having to pay.

The best time to see puffins in Borgarfjordur Eystri is between mid-April and mid-August, when Iceland's climate is milder, as they migrate in search of warmer territories after the summer months. 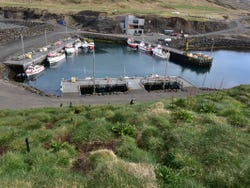 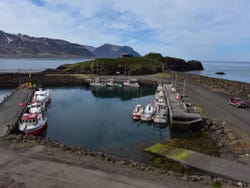 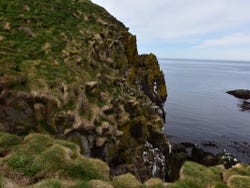 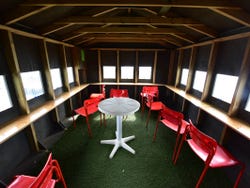