Iceland has a good bus system, although it isn't the most common way of getting around, as it is less flexible than renting a car and driving around the island. What's more, the routes vary according to the weather, and it is only in summer that the bus network really covers the entire country, even reaching some destinations like the Highlands by 4x4 bus.

You can check out the different routes on the following map of Iceland's bus network.

In addition to these lines, there are public buses dedicated to more specific regions like Lake Myvatn and East Iceland and the Westfjords.

Reykjavik's yellow city buses run daily from around 6:30 am to 1 am, varying by a few minutes depending on the line and the day of the week (weekends start later). On Fridays and Saturdays, there are also night buses in Reykjavik which operate from 1 am to 4:30 am. In general city buses run every 15 to 25 minutes.

The public bus network in Reykjavik has around 30 lines which cover the metropolitan area of the city, known as Greater Reykjavik. You can have a look at the different stops in the city via this map of bus routes.

The price of a single bus ticket in Reykjavik is 470 kr (US$ 3.40) (it doubles to 940 kr (US$ 6.70) for night buses). For disabled passengers, seniors over 67 years old and young people between 6 and 17 years old, the price is halved to 235 kr (US$ 1.70). Children under 6 years old travel for free. As well as single tickets, there are monthly passes and multi-tickets for up to 20 journeys which may be of interest to visitors spending longer in the city.

Tickets can be bought on the bus in cash with exact change, or alternatively by card in one of the city's supermarkets or through the official Straeto application. 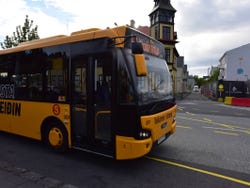 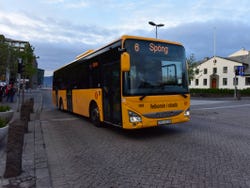 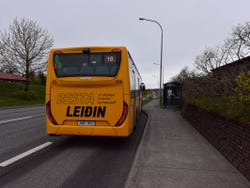