Located in the bay of Skjálfandi on Iceland's northern coast, Húsavík is a small town that relies on fishing and tourism, especially from visitors in search of the country's wealth of wildlife.

While other destinations in northern Iceland provide excellent whale watching opportunities too, Húsavík has rightly become known as the top place to see these incredible creatures. The waters of Skjálfandi Bay are home to up to eleven different species of cetacean that come to the coast to feed. Book your whale watching tour in advance to see Húsavík's most majestic inhabitants.

When to see whales in Húsavík?

The best time to see whales in Húsavík is summer, between the months of June and August. It's almost guaranteed that you'll see the animals throughout this season, but less likely during the rest of the year.

While whales are the star of the show, it's also possible to see puffins in Húsavík. Just off the coast in Skjálfandi Bay is Lundey, or "Island of the Puffins", so-called for the large flocks of the bird that nest on its cliffs. The best time for puffin sightings in Húsavík is from mid-April to mid-August, when Icelandic weather is more temperate. To make the most of your time in Húsavík and see its incredible wildlife, book our whale and puffin watching tour.

What to see in Húsavík?

In addition to its wildlife-spotting opportunities, Húsavík also happens to be one of the most picturesque towns in northern Iceland, and boasts a number of tourist attractions:

How to visit Húsavík?

The easiest way to visit Húsavík is by rental car: take Route 85 from the Ring Road. 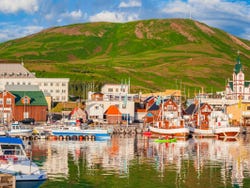 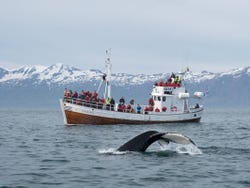 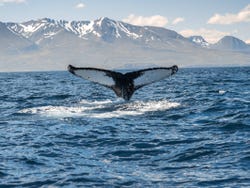 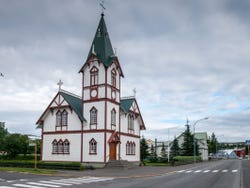 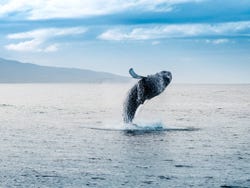 Whale watching off the coast of Iceland
5See photo gallery