Top tips for driving in Iceland

Iceland's road system is centred around Route 1, also known as the Ring Road, which - as you might imagine - circles the entire island and passes through many of the country's most important places of interest.

While the Ring Road is fully paved and usually in good condition, the numerous smaller roads which lead off it often aren't, so keeping to the established speed limits is extremely important. The maximum speed is 90 km per hour on the motorway and 50 km per hour in the city centre.

Drivers must use dipped headlights throughout the day, so don't forget to turn them on every time you get into the car to avoid fines. Rental companies also recommend making sure you keep a firm grip on the handle when you open the car door, as one of the most common damages to vehicles in Iceland is their doors becoming detached due to strong gusts of wind!

It is also important to take Iceland's weather into account on your road trip: conditions can change quickly and cause the closure of certain roads. Plan your route well in advance according to your vehicle type and the season - driving a small car in the Westfjords in the middle of winter can be dangerous.

What car to rent in Iceland?

Depending where you're planning to visit on your road trip around Iceland, you'll may need to rent an off-road vehicle rather than a normal car. If you're sticking to attractions located around the Ring Road, a standard car will be more than enough to travel around the country, as well as being cheaper than a 4x4.

However, if you're planning to visit destinations located on the smaller roads, renting an all-terrain vehicle is highly recommended, especially if travelling in winter. In fact, roads classified as F - namely those in the Icelandic Highlands - can only be accessed by 4x4 vehicles.

Required documents for driving in Iceland

The minimum age to rent a car in Iceland is 20 years old and your driving license must have been issued at least one year before the rental. As is often the case, drivers under 25 years of age will have to pay a surcharge to rent.

All drivers from the European Economic Area will be allowed to drive with their driving license, as well as those from the United States and Canada. In other cases, an international licence may be required (especially if the country of origin does not use the Latin alphabet).

Petrol (gas) stations are not found in abundance in Iceland, so we recommend refuelling frequently. While the lack of fuel stations is not a concern on the main routes around the country, it could pose problems in the more remote regions of the Westfjords and Highlands.

Generally, fuel stations in Iceland are self-service and payment is made by credit card, although there are some that are staffed.

The low population density and wide open spaces at tourist attractions in much of the country mean it's usually easy to park in Iceland. Most places of interest have free parking facilities with room for a large number of cars, although a few, like Seljalandsfoss and Thingvellir, have paid parking to control the flow of visitors.

Parking in Reykjavik can be more challenging, as there are a lot of cars in the capital. Free parking spaces can usually be found in areas near Hallgrímskirkja and the National Museum of Iceland, located a short walk from the city centre. Other streets have spaces but require you to buy a ticket to park there.

Where to rent a car?

There are numerous different car rental companies which operate in Iceland. We recommend comparing prices before your trip using our Car Rental Search Engine. 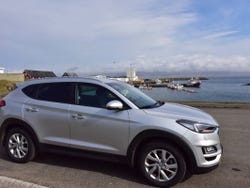 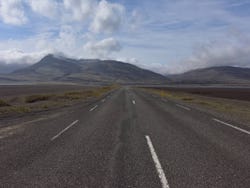 Driving on the Ring Road 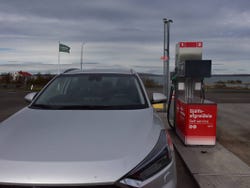 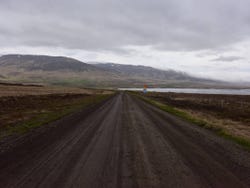 Road to the Icelandic Highlands 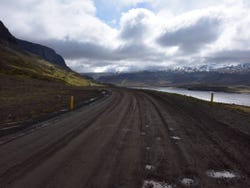 Driving in the Westfjords 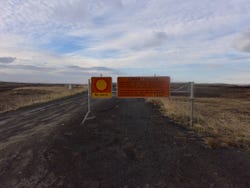 Roads closed due to bad weather in Iceland 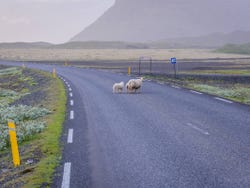