Hofsós is a small town that has survived off fishing since its foundation in the 16th century - which makes it one of the oldest towns in Iceland. However, the main reason for visiting Hofsós today is not to taste Icelandic cuisine, where fresh fish reigns, but to take a relaxing dip in Sundlaugin á Hofsósi, the town's swimming pool.

The swimming pool at Hofsós

The pool at Hofsós, known in Icelandic as Sundlaugin á Hofsósi, is a spectacular infinity pool built into a hillside overlooking the Skagfjordur Fjord.

Opened in 2010, the thermal pool was designed by the same architect as the Blue Lagoon near Reykjavik, who managed to combine the relaxation of Icelandic hot springs with the breathtaking views of the Skagfjordur Fjord and Drangey Island, in an outdoor setting.

Despite its popularity among tourists, the pool at Hofsós remains quiet and mostly frequented by the residents of Hofsós, which gives it a special charm compared to other busier hot springs in Iceland.

Just 12 miles (20 km) from Hofsós is the tiny village of Hólar, which despite having no more than 100 inhabitants today is considered the religious and cultural capital of northern Iceland.

The main monument of the village is the Hólar Cathedral, the oldest stone church in Iceland. It was built in 1763, and is notable mainly for its red façade and its 17th century baptismal font. Exploring more of Iceland's history, you can also visit the Audunarstofa, a recreation of the house where the bishop of Hólar lived in the Middle Ages which has been built using the techniques and materials of the time.

Surprisingly despite its small size, Hólar is also home to an agricultural university, opened at the end of the 19th century and still active today.

How to visit Hofsós and Hólar?

If you're driving along the Ring Road, turn off onto Route 76, which circles the Trollaskagi peninsula. Hofsós is about a 40 minute drive from the Ring Road turnoff, and Hólar is located on a small road about 20 minutes drive from Hofsós. If you're visiting the villages from Akureyri via Siglufjördur, take Route 82 to Route 76. 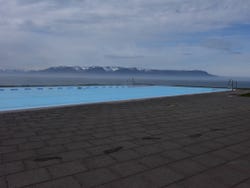 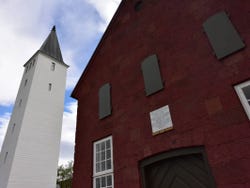 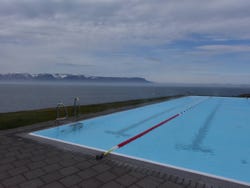 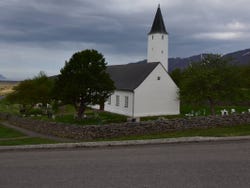 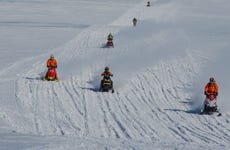