Grjótagjá, like many other places near Lake Myvatn, was for many decades a popular spot for bathing due to the natural properties of its thermal waters. However, when the Krafla Fires erupted in the 1970s and 1980s, the Icelandic authorities were forced to ban bathing in the cave as temperatures exceeded 60°C.

These days, the water temperature has dropped to 43°C, but bathing is still forbidden. However, visitors can still enter Grjótagjá to enjoy one of the most beautiful volcanic caves in Iceland and its radiant blue lake.

Grjótagjá in Game of Thrones

The cave's popularity has increased considerably since 2013, when it starred in Game of Thrones as the filming location of the sex scene between Ygritte and John Snow. The characters' heated encounter at the hot springs wasn't all filmed here, as even HBO had to respect the ban on bathing in Grjótagjá!

How to visit Grjótagjá?

The most popular way to get to Grjótagjá is with a rental car: located on the eastern shore of Lake Myvatn, it is easily reached by Route 848.

Having said that, many visitors prefer to visit Grjótagjá by walking from Hverfjall, a nearby crater connected to the cave by a hiking trail. 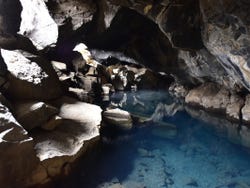 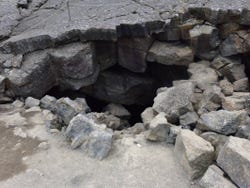 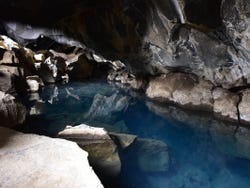 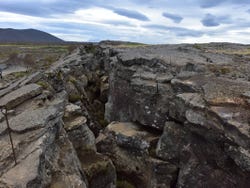