Despite only having a population of around 400, Hólmavík is one of the most prominent villages in the Westfjords. It offers a wide range of services as well as spectacular views of the Steingrímsfjörður fjord, making it a highly recommended stop on a trip around the peninsula.

As well as enjoying a leisurely stroll around the quaint historic centre and harbour, and admiring the curious architecture of Hólmavík's hilltop church, one of the main things to do in the village involves the mysterious witchcraft stories that circulate the region.

Museum of Icelandic Sorcery and Witchcraft

The Strandagaldur, or Museum of Icelandic Sorcery and Witchcraft, can be of great interest to fans of Nordic popular culture, legends and mysteries. Spread across two floors are more than twenty different objects and replicas that transport visitors to one of the darkest parts of Icelandic history: the witch hunts of the Middle Ages.

That era was particularly turbulent in the Westfjords, where a mix of sorcery and ancient Viking rites meant that more than 80% of Iceland's recorded cases of witchcraft took place here.

The exhibits, the most curious of which are a Viking ritual bowl and a pair of "necropants", trousers supposedly made from human skin, don't attract a huge amount of attention as they are (thankfully, in the case of the latter!) replicas. However, the premise of the museum does arouse visitors' curiosity and make it one of the must-see places in Hólmavík.

The main way to reach Hólmavík is by car. While there are buses connecting the village to Reykjavik, the journey takes over seven hours and involves numerous bus changes, so it's not the best option. Like with the rest of Iceland, the most convenient mode of transport is renting a car. Turning off the Ring Road onto Route 68 - which is paved - for around 60 miles (100 kilometres) will bring you to the village. 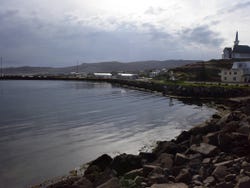 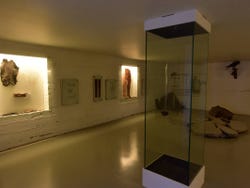 Museum of Witchcraft in Holmavik 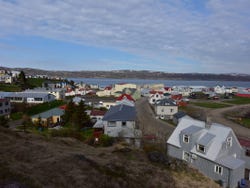 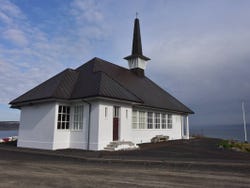